The DJI Mini 2 is the number one compact drone. But the Fimi X8 Mini, which also has a 4K camera, is less expensive. Does its technical sheet allow it to compete?

When DJI unveiled its Mini 2, the Chinese company took the opportunity to emphasize the light weight of its mount: under 250 grams only. So much so that the idea was also born among its competitors, starting with Fimi. The Xiaomi subsidiary has just unveiled the X8 Mini, which fits in the palm of one hand, allowing you to take it everywhere with you.

But that’s not its only advantage, as the device also offers the possibility to choose between two types of battery, rechargeable via a USB-C port. The first, Standard, has a capacity of 2,400 mAh for 102 g, while the second, Pro, is a little lighter but with 200 mAh less in autonomy. This gives us an endurance of thirty to thirty-one minutes depending on which one you choose.

The Fimi X8 Mini comes with a proprietary remote control weighing 260 g, with dimensions of 165 x 89 x 47 mm. It communicates with the UAV on 5.725-5.825 GHz, and is equipped with a substantial 3,500 mAh lithium battery. Its range is about eight kilometers, more than the DJI Mini 2 in its European version limited to six (the FCC allows up to ten).

The display, meanwhile, is that of the user’s smartphone. It is there that it is possible to follow the flight of the drone live thanks to a map, and to trigger autonomous modes. Among them, we will especially remember the Smart Tracking which uses artificial intelligence to lock a subject and follow it on the track: ideal for filming a skateboarding or cycling session. The Fimi X8 Mini can record 4K HDR video, thanks to its sensor mounted on a stabilized three-axis gondola. For slow motion, it will be up to thirty frames per second. Note that the night shots also seem particularly successful, the manufacturer offering promotional images of skyline quite equivocal.

The DNG files – universal equivalent of the RAW created by Adobe – are also part of the game. Supported by PhotoShop but also by Apple and Snapseed, they have the advantage of facilitating the transition from other extensions. They are thus favored by more and more professional photographers who make it a criterion of choice when buying a drone.

With its time-lapse mode, the Fimi X8 Mini can also record time-lapse views: stars, roads… But that’s not all, since the drone can also be used for live streaming in order to film live broadcasts that are then shared on social networks. In addition, it also has a panorama mode to capture large landscapes as most smartphones already do.

The “flight plan” feature of the Fimi X8 Mini drone allows the pilot to select several GPS coordinates on the screen, so that the device goes there autonomously. With this option, it is also possible to plan tasks according to each place to visit. This way, you don’t have to be an experienced filmmaker or even have training to capture successful videos.

DJI reveals brand-new information safety steps complying with evaluation
DJI launches an FPV drone for the general public and opens the doors to a world as fascinating as it...
Best Amazon Prime Day Drone Deals 2020
2021-04-17
Previous Post: How High Can a Drone Fly ?
Next Post: DJI Air 2S: DJI’s flagship drone gains a 1-inch sensor and loses the Mavic label

(17290)
$589.00 (as of January 28, 2023 22:38 GMT +00:00 - More infoProduct prices and availability are accurate as of the date/time indicated and are subject to change. Any price and availability information displayed on [relevant Amazon Site(s), as applicable] at the time of purchase will apply to the purchase of this product.) 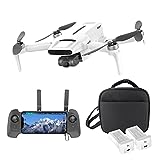 (1)
$419.00 (as of January 28, 2023 22:38 GMT +00:00 - More infoProduct prices and availability are accurate as of the date/time indicated and are subject to change. Any price and availability information displayed on [relevant Amazon Site(s), as applicable] at the time of purchase will apply to the purchase of this product.) 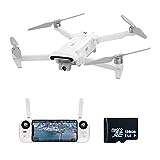 (14)
$494.00 (as of January 28, 2023 22:38 GMT +00:00 - More infoProduct prices and availability are accurate as of the date/time indicated and are subject to change. Any price and availability information displayed on [relevant Amazon Site(s), as applicable] at the time of purchase will apply to the purchase of this product.)