By: Drone Expert
In: Articles
With: 0 Comments

If you’re making a living out of making landscape and aerial shots, you need a drone. These days, it’s incredibly easy to fly a drone camera and take stunning 4K images.

Unfortunately, a drone that’s capable of taking 4K stills and videos isn’t exactly cheap. For instance, a DJI Mavic drone costs more than 1000 USD, depending on what model you pick up. While DJI drones take amazing photos and are jam-packed with cool features, not everyone can shell out that much cash.

Thankfully, there are quite a few alternatives out there that won’t cost you an arm and a leg. One of these options is the Xiaomi FIMI X8SE drone. It comes with a surprising number of features you’d find in a DJI drone while costing half as much.

Join me today on my journey of finding out if this drone is worth your time and investment.

Xiaomi FIMI X8SE At A Glance

Despite costing half as much as a DJI Mavic drone, Xiaomi FIMI X8SE offers almost the same features. Not only does it come with a whole slew of useful camera modes and flight modes – but it’s also jam-packed with safety features that ensure nothing bad happens to the drone. What’s more, it features a foldable design that anyone who had to travel with a drone will appreciate.

When it comes to quadcopter drones, one of the essential features is flight time. This spec affects almost all other functions. After all, there’s no point in getting a fully-featured drone that can only fly for 15 minutes. That’s just wasted potential.

When it comes to Xiaomi FIMI X8SE flight time, the manufacturer claims X8SE can stay in the air for up to 33 minutes. However, this does not accommodate for things like wind and weather conditions. In real-world conditions, you can expect anywhere between 25 and 30 minutes of flight time.

It’s always best to land your drone before you drain the battery because that way, you’re ensuring it doesn’t accidentally crash. Although most drones automatically return home when they sense their battery is going to die out soon, it doesn’t hurt to be careful.

For a mid-range drone, 30-minute flight time is quite impressive. You’ll be able to take all the aerial shots you need and still have some time left over to land the drone.

Xiaomi FIMI X8SE has a fantastic flight time thanks to its 4500 mAh lithium smart battery. While in the app, you’ll be able to see how much charge you have left, while the battery itself will adjust its charge to allow you to squeeze out every ounce of power it can offer.

Once fully drained, it takes anywhere from 70 minutes up to two hours to charge fully. So, if you’re an avid drone pilot, I recommend you buy an additional battery so you can round up the total flight time to around an hour.

The relatively compact remote controller, which relies on low-latency 2.4 GHz frequency, can maintain the drone’s connection within a range of up to 600 to 800 meters. Switching to FPV real-time video transmission cuts the field down to 200 to 300 meters, though.

As with any other drone, you should fly it in open, obstacle-free spaces to get the best possible range.

The HS510 gets bonus points for the compact-but-stylish design of the remote controller. The LCD screen displays vital in-flight information, including the battery status, and the drone’s distance and altitude.

Alternatively, you can hook up your smartphone – there’s a dedicated phone holder on the remote’s upper side – and use the Holy Stone’s official app, Ophelia GO, to control the drone.

The controller unit is powered by two AA batteries, which can be considered an advantage because you don’t have to wait for it to recharge. On the flip side, disposable batteries aren’t exactly eco-friendly; this isn’t necessarily a downside, merely something to keep in mind.

Without a doubt, the main feature of Xiaomi FIMI X8SE is its awesome 4K camera. This camera will ensure every picture you take, and every video you film will look professional.

The 4K camera is stabilized by a 3-axis mechanical gimbal, which eliminates almost any type of distortion, ensuring you get super-smooth images and videos even under windy conditions.

The camera itself isn’t built by Xiaomi. Instead, the company employed one of the most famous video equipment companies in the world, Sony. FIMI X8SE features a Sony IMX378 image sensor with a resolution of 12MP.

If you’re skeptical about this camera, there is one piece of info you should know. The same sensor can be found in quite a few high-end smartphones, including Google Pixel and Google Pixel XL. If Google decided to use these sensors in its phone line, there’s no doubt it’s good.

The camera is capable of recording 4K video at up to 30 FPS. Of course, you can also record video in 1080p at up to 60 FPS. Whether you’re recording stunning, slow-moving aerial videos or action shots, you can rest assured this camera will catch every little detail.

Thanks to the gimbal, you won’t have any problems with shaky footage. On top of that, gimbal gives you the freedom to tilt and move the camera as you fly the drone, giving you more freedom over your filming process.

The video is streamed at 100 MB/s to your phone and stored on an internal 64 GB SD card.

For a drone under $500, you’d expect Xiaomi FIMI X8SE to have a range of around 1 km. However, this drone blows this range out of the water. How does 8 km of range sound? That’s right, this drone can fly well out of your view range.

If you think 8 km is too much range, you have to factor in that this drone’s top speed is 40 km/h. This means you can reach the max range in less than 10 minutes. And when you get out of range or lose the signal, thanks to superb security features, this drone will automatically return to the location it was launched at.

Xiaomi FIMI X8SE has an insane flight range thanks to the controller that comes with the drone. The controller can easily connect to just about any smartphone or tablet. It features two massive antennas that send out a clear signal to the drone in most conditions. You can still expect to lose connection to the drone in densely populated areas because of the EM interference.

While not as good as DJI Mavic, this drone offers a decent flying experience.

When you launch it, the drone will automatically start to hover 1.5 meters above the ground. This is where some minor issues begin to surface. While DJI drones are capable of standing still while hovering, I noticed this drone has a slight sway.

Thankfully, the X8SE features a gimbal camera, so your footage won’t suffer. Still, you will have to factor in the sway when hovering next to buildings and power lines.

Flying this drone is a breeze, all thanks to the included controller and the app. The controller is almost identical to the one you get with the DJI Mavic drone. However, the X8SE controller features additional shoulder controls for the gimbal.

When it comes to flight modes, this drone doesn’t disappoint. Besides being able to track your movement in three different ways (from behind, parallel tracking, and custom) and allowing you to plan the flight by drawing a flight path on the app, this drone also comes with quite a few cool custom flight modes.

I especially love the spiral mode, where you can set up the drone to fly in a spiral around a target. There are also other cool flight modes like cine shot, dronie, circle, and rocket.

For a drone that’s priced less than a 500$, there’s quite a lot to like. Not only does the Xiaomi FIMI X8SE offer a decent flight time, but it’s also jam-packed with other cool features.

I was especially impressed by the 4k camera and the gimbal. The quality of images and videos is just amazing. The gimbal was more than able to stabilize every shot I took, and I was especially surprised at how easy and smooth it was to control the gimbal manually.

I was also impressed by the design of Xiaomi X8SE. This drone features a folding design that’s common with DJI drones. However, Xiaomi’s folding design is a bit more intuitive, and the action of unfolding the motor-arms is quite smooth and feels high-quality.

Lastly, I was impressed by the safety features and flight modes. This drone will automatically return home the second it senses the battery is getting too low. And you can rest assured it will return to the right location because this drone uses both GLONASS and GPS to navigate.  The included flight modes make piloting this drone easy for both beginners and experts.

I have minor issues with this drone. The first one is the light sway it has when it’s hovering. While some people won’t find it’s that big of a deal, this sway represents a minor safety issue if you like flying next to buildings and power lines.

If you’re looking for an affordable drone that offers the same feature set as a high-end one, then look no further than Xiaomi FIMI X8SE.

Besides offering a decent half-hour flight time, it also comes with a whole slew of useful features. This drone is so feature-rich that there are hardly any other models in this price range that can compete with it.

Whether you’re a professional drone pilot, or a beginner looking for a drone, you can make cool videos and pictures with, you won’t make a mistake if you get yourself a FIMI X8SE.

For a mid-range drone, Xiaomi Fimi X8SE is quite impressive. The drone comes with a superb camera that sits on a 3-axis gimbal, ensuring magnificent shots. On top of that, it comes with several cool flight modes, safety features, and a massive 8km signal range.

If you can overlook the slight sway when hovering and an occasional signal loss, this drone is an excellent choice for you!

(17297)
$599.00 (as of January 30, 2023 01:55 GMT +00:00 - More infoProduct prices and availability are accurate as of the date/time indicated and are subject to change. Any price and availability information displayed on [relevant Amazon Site(s), as applicable] at the time of purchase will apply to the purchase of this product.) 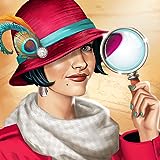 (41695)
$0.00 (as of January 30, 2023 01:55 GMT +00:00 - More infoProduct prices and availability are accurate as of the date/time indicated and are subject to change. Any price and availability information displayed on [relevant Amazon Site(s), as applicable] at the time of purchase will apply to the purchase of this product.)

$299.99 (as of January 30, 2023 01:55 GMT +00:00 - More infoProduct prices and availability are accurate as of the date/time indicated and are subject to change. Any price and availability information displayed on [relevant Amazon Site(s), as applicable] at the time of purchase will apply to the purchase of this product.)

Saved: A War Reporter's Mission to Make It Home

$15.99 (as of January 30, 2023 01:55 GMT +00:00 - More infoProduct prices and availability are accurate as of the date/time indicated and are subject to change. Any price and availability information displayed on [relevant Amazon Site(s), as applicable] at the time of purchase will apply to the purchase of this product.)